What is the first thing that comes to your mind when I say too many choices?

While I’m sure this is going to be a long list, I’ll stick to the above for the sake of time.

Having choices, especially plenty of them, is a good thing in most cases. However, is that the case when it comes to inbound marketing agencies?

I’ve attempted to find some answers.

Inbound Marketing has now become an extremely common industry term, whether or not its meaning is understood to the fullest extent. However, how and why did this term get coined in the first place?

No, this was actually a mere 15 years ago when Brian Halligan, CEO and Co-Founder of HubSpot first coined the term along with partner Dharmesh Shah and special advisor David Meerman Scott. The idea behind the concept of inbound marketing was to incorporate the increasing use of the internet in existing marketing strategies.

While inbound as we know it today was only formally discovered a few years ago, traces of the thought process can be dated back to the 1800s. One of the very first examples of this is Tiffany and Co’s Blue Book printed back in 1845. The book did not involve any kind of selling and was created with the mere purpose of helping buyers pick the best product for them.

Another example of this is Cyrus Hall McCormick, who invented the mechanical harvester back in the 1850s. Cyrus used market research to generate consumer interest using inbound methods which was a revolution in the farming industry.

Notice something common in these early inbound methodologies?

Share it with us in the comments before you finish reading this if you have the answer.

We’ll return to this later in the blog.

From the early 1900s onwards, marketing as a concept began to exist with the objective of selling using patterns from current consumer behaviors and interests and implementing the same in the way products and services were marketed. This led to some of the marketing agencies creating outbound collaterals in the form of billboards, posters, radio and TV ads, newspaper ads, and of course, cold calling.

I’d like to take  this opportunity to highlight some cool ads from back in the day..

Volswagen was always known to take risks when it came to both their cars and their advertisements (this genius was of course Oglivy). Here’s another one from Gillette.

Most of the 19th and 20th century focused on outbound methods to generate business.

Fast forward to 1995 when the first search engine was launched, two years after which Search Engine Optimization was coined (1997). Note, SEO was coined long before the concept of inbound marketing was recognized, even though it was in very preliminary stages and still in the process of being figured out. It was in 2000 that Google launched PPC, followed by LinkedIn, Facebook, YouTube and Twitter in the same decade.

This advent of the internet brought about a different consumer approach, where consumers wanted to find products/services versus having the companies find them. This is what drove Brian Halligan in 2005, to coin the term “Inbound Marketing”, which was aimed to focus on the consumer behaviour, or as HubSpot phrased it the “Buyer’s Journey”.

In a 2010 blog, Halligan wrote, "Rather than doing outbound marketing to the masses of people who are trying to block you out, I advocate doing 'inbound marketing' where you help yourself 'get found' by people already learning about and shopping in your industry."

Inbound Marketing agencies over the years

Inbound Marketing and HubSpot go hand in hand as the term was coined by Halligan. While initially, inbound marketing agencies were especially focused on servicing clients using HubSpot, this has changed over the past few years with different marketing automation tools such as Marketo and Pardot coming into the picture.

Additionally, inbound marketing enjoyed more internal support in Europe than it did in the United States, especially because European companies could gather data from their US counterparts to show upper management the merits of inbound marketing.

Regulatory pressure in the form of the GDPR and more recently the CCPA also impacted the way inbound marketing was carried out in different parts of the world, since gathering user data is a major aspect of this industry.

The problem of choice

What was daunting when I was trying to do some of this research was that almost nobody had written about it and that made me question if this was a real problem or just something that I thought was a problem. However, I decided to take a stab at this in the hopes to relate to some of my readers.

It’s mostly enthusiastic founders and CEOs (in the case of relatively smaller companies) or CMOs or the Head of marketing (in the case of larger companies) that set out with an agenda to find an inbound marketing agency. While in some cases the persona is clear about what they want - explore digital as a channel to grow, in other cases the reasons vary such as a competitor is doing so I’d like to explore, or I read about it and want to explore it, or I bought HubSpot and don’t think I’m using it well enough.

However, when they set out to look for an inbound marketing agency, the plethora of agencies and the type of work they do can easily help lose focus.

To summarize, the focus shifts from exploring the best inbound marketing agency that will also act as a growth partner to exploring what agency do I need to hire basis what they do (something that an agency should help figure out and not the agency seeker).

Several times companies tend to give up on inbound marketing because it “hasn't worked for them” thereby closing themselves out to a new revenue path.

Let’s take a step back.

Remember earlier in the blog when I mentioned something that was common between Tiffany & Co’s marketing strategy and that of Cyrus Mckormick?

The answer is “Focus on current consumers”.

Similarly, the whole idea behind Brian Halligan using inbound as a channel versus outbound was to reach out to prospects right when they’re looking for a solution to a problem, which requires understanding who they are.

This is a big one. Often companies like Inbound Mantra (HubSpot Partner)have to chase after inbound marketing agencies to get updates on the tasks at hand. In the inbound marketing industry, service is of utmost importance and it is extremely essential to partner with an agency that really looks out for their clients. As an agency, you have to live, eat and breathe “said client” until you completely understand the business and can create a strategy that works. However, with over 2,000 agencies just in the United States, companies often have a hard time finding an inbound marketing agency that does the above.

This might be a little too candid, but this is one that we’ve had happen to us. An increasing number of inbound marketing agencies, also means increased competition (which for the record is great). However, it’s only the right kind of competition that’s exciting. Inbound Marketing agencies that work with a mindset that thinks SEO, Social Media, Ads versus ones that think revenue and growth are able to offer services at a relatively lower price point, making it harder for inbound marketing agencies that aim to be a growth partner and therefore offer services at a higher price point. Agencies charge anywhere between $500 to $50,000 with no minimum or maximum limit making it difficult to establish an average price point.

Off late the price difference leads to companies asking the question of  “Why pay $10,000 for something that someone else can do $1000?” The answer is simple : think ROI and Service. But what really sucks is having to have conversations around why we’re not priced like our counterparts versus having conversations around let’s explore how we can hit a 100% growth.

Going back to my point about the right kind of competition. To reiterate, the right competition is completely welcome. However, as an agency, we’ve found ourselves having to compete with “agencies” that do not even do the same kind of work as us. While we like to focus on helping clients grow, we’ve found ourselves distracted when trying to present a case for ourselves and ROI against agencies that talk “lead generation”. Moreover, with over 5,000 inbound marketing agencies all around the world it is almost impossible to even get an opportunity to present a case for yourself even if you’ve helped a client increase customers by 1700% (just a little something I thought I’d throw in there :) )

In some cases, two is always better than one. We realize that we’re not good at everything and therefore seek out partners that can work with us to help elevate results. However, the problem with having the kind of choice as we do right now is that it is almost impossible to figure out the right partnerships. While some agencies display excellence in terms of strategy others are experts at content and creativity or even at technology. It’s extremely rare to find an agency with the right “winning combination” and with the number of agencies that currently exist, it’s only getting harder.‍

I can only hope that some of the above points were relatable to agency and agency seekers alike and would love to hear your thoughts on it.

Conclusively, it’s important to remember what inbound marketing really stands for and some of the examples above, especially ones from 1900s are good reminders. The real essence of inbound marketing is understanding who you’re selling to and once you nail that down, other aspects will automatically begin falling in place.

In other news, the pint of Sriracha ice cream I just devoured on turned out pretty great! (who would've thought) 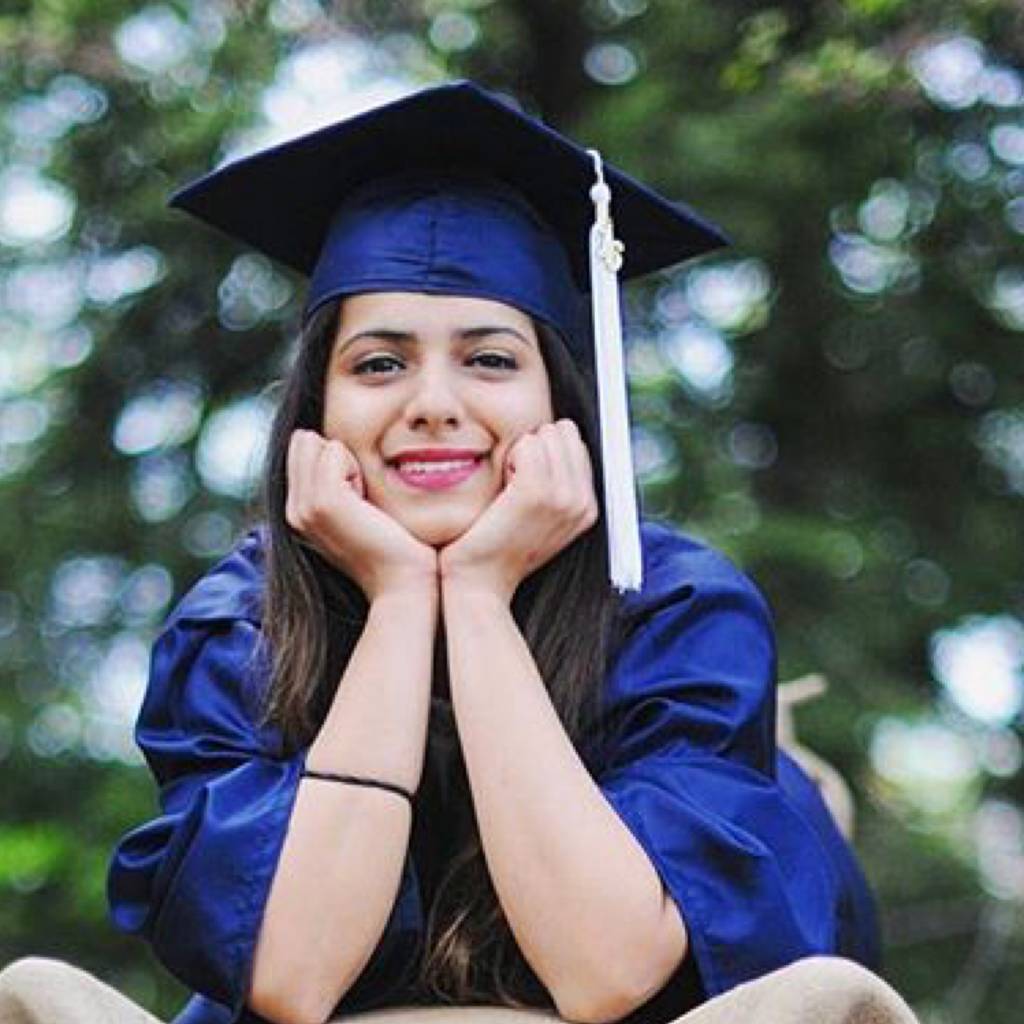 Charudhi Pankaj
Inbound marketing | Fitness | Travel
Table of Contents
What will be your organic traffic this month?
Read More