Are your web forms missing a step?

Any savvy inbound marketer knows that after putting all the hard work and sweat to get visitors to your landing page, the next big step is to get them to convert and become leads for your company.

When they finally reach your landing page, the last thing you want to do is scare them away with an unfriendly and intimidating form experience. A long form with a bulk of questions can make a user feel fatigued and frustrated.

But the majority of campaigns in lead generation require more than just one or two fields of information from the user. In such a scenario, it becomes necessary to look for a solution in order to collect as much information as possible, but not at the expense of requesting everything in a single form. Multi-step forms have emerged to be effective and helpful for all registrations, gated content, webinars and more.

It seems counter-intuitive that adding more steps to a form would increase conversions.  Most of the time the common understanding in conversion optimization is that less is more, especially when it comes to landing page forms. However, there are various instances where multi-step forms have outperformed one-step long forms, for example, Vendio, a website building tool, saw an increase in leads by 59% after switching to multi-step forms for lead generation.

Why multi-step forms convert so well?

Here are a few possible reasons :

How to make sure your multi-step form converts?

Start by requesting the basic information from the user in the first step, such as their first name.  In the second step, you can move on to email address, phone number, etc. This is a commonly used approach by social media sites. The social proof shows that this is more effective than one large signup form. The user thinks that since they have already taken the first step, might as well go all the way and get the offer.

Show users that they are making progress

Endowed Progress Effect is an idea that providing some form of artificial advancement towards the goal, makes people more motivated to achieve the goal. To put it simply, telling someone that they’re 50% done, increases the possibility of them completing that activity.

Have a progress bar in your form to notify the user that they are making progress and are nearing completion to increase your completion rate of multi-step forms.

Use conditional logic to personalize

Conditional logic lets you display a question which depends on a previous question's answer. It's easy to make multi-step forms very conversational to the user by customizing the questions in next step based on their answers.

If you wish to get really targeted, personalize the thank you pages according to the answers provided by the user.

Ask questions which your leads are happy to answer

You should avoid asking anything your potential leads do not want to give you.

For example, Phone numbers!Although phone number is one of the most common fields in forms, it is also one of the most significant causes of form abandonment. It is understandable since no one wants salesperson annoying them by calling them up. The questions in your form should be asking for information that your leads are happy to provide. Ideally, the information provided should actually benefit them.

For example, entering your budget into a real estate site's form will benefit you by helping you get relevant listings. You wouldn’t, however, be happy giving a phone number to that site.

When it comes to increasing form conversion, the most effective yet least considered tactic is improving the ‘outcome’.

To illustrate the point, imagine that you built an awful form with 80 questions. Perhaps 1% of your visitors would fill it out.Now imagine you offered everyone that filled out that form a free smartphone. The conversion rate would skyrocket to 100% – despite nothing in the form itself changing. This illustrates how important the outcome of filling your form is for the user. Best practice is to offer instant tangible outcome, but when that is not possible, try to offer things like free information, consultation call, proposal etc.

Use social media auto-fills to improve the user experience

The longer it'll take someone to fill out a form, the less likely they are to do it. In fact, the number of fields on a form directly proportional to the rate of people who abandon it without finishing.  Social auto fill speeds up their form completion. With just one click, users can auto-fill multiple fields and move quickly through your form.Social media provides a rich stream of lead data as well. Some of the fields you can include with Social auto fill are: Name, Email, Education, Work History and more.

Multi-step forms are a great choice to extract lot of information from users without overwhelming them with the effort. Multi-step forms reduce resistance by employing neat human psychology tricks and encourage customers to provide you with their information and ultimately, help to convert and become leads. 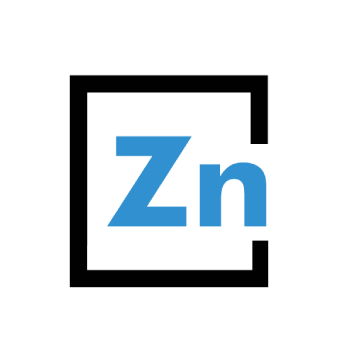 Team Znbound
Table of Contents
What will be your organic traffic this month?
Read More